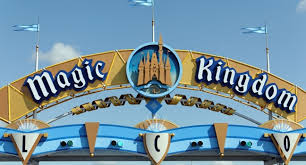 After the Orlando shootings, MERIP (Middle East Research and Information Project) asked a number of thoughtful observers for their thoughts about the shootings and the reactions to them in the mainstream media. (http://merip.org/after-orlando)  These commentators seem to me to raise a number of difficult questions that all of us should think about.

Who is the Terrorist? Omar Mateen killed 49 persons at an Orlando nightclub. The US government stands accused of killing hundreds of civilians, including children, in drone strikes in Pakistan in the last few years. Similar accusations are raised in connection with drone strikes in Afghanistan, Yemen, Somalia. These allegations are difficult to confirm beyond any doubt. The US government identifies all killed as ‘terrorists’ but there seems legitimate doubt as to the reliability of these identifications.

These killings are not well known. They do not attract attention from media or the public. Should we not be much more vocal in condemning the killing of civilians abroad by our own government?

The victims of the Orlando shooting are being mourned in many vigils all around the country.
Do we not owe vigils to the victims of our drones in the Middle East?

The question reminds us that “Muslim” has become more than a name for the follower of one of the world’s great religion, it has become the name of a derogative stereotype. It has become almost an insult much like the word “Jew” that does not only refer to the member of a religion but a stereotype of people who are said to be exclusively interested in making money. We must be very careful in using the term “muslim.” It serves too often as a racist stereotype.

Who was Omar Mateen ? He was born in New York City where he was an especially challenging student who was frequently suspended in the public schools. His parents, immigrants from Afghanistan, are represented as difficult persons. The question has been raised whether his troubled career in school was connected to serious conflict in his home.

At any rate, he was an American, like Dylan Root, or the shooters at Newtowne School or Columbine and many other places.

I am not aware of any case where the immigrant parents of any of the other American mass murderers played a role in the media accounts. Why is that different if the parents are immigrants from Afghanistan?

What is more, no one recognized the implications of there being gay nightclubs. What does that tell us about toleration of homosexuality in US society? Why is it more comfortable for gays to drink and dance among each other? Why are they less at ease in straight venue?

The narratives we encounter about this terrible event, shows that our media, the stories we consume and pass on to others, are everywhere infected with unthinking prejudices, derogatory stereotypes against people primarily from the Middle East whose countries and people we have ravaged mercilessly for twenty-five years and more.

Perhaps these questions will make us think about our role in the Middle East and the crude ways in which we defame its people who have been the victims of our terrorism.
Posted by richard_schmitt@charter.net at 8:51 PM No comments: 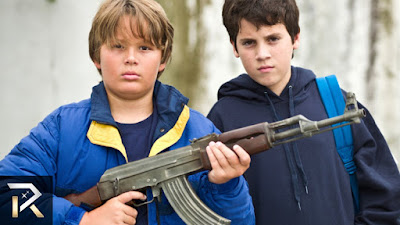 When the police come to the wrong house, they are met by an old man with a shotgun aimed at them. A teenager coming home late is shot by his father who mistakes him for an intruder. A two year old reaches in his mother's purse and fires the gun that kills his mother. This is the stuff of the daily news. The guns that flood our society do not make us safer. They are not there for self protection.

Mass shootings reinforce that observation. Of the 300 people jammed into the Orlando nightclub apparently no one carried a weapon for self-defense. No one was able to protect himself as the gun advocates promise us again and again.

A population armed is not a safe population. The shotgun behind the front door more often kills loved ones than late night burglars. The population armed, again and again falls victim to mass shootings without being able to defend itself.

Why this fascination with personal armaments if they do great damage and do not make us more secure?

There are no doubt many answers to that question and none of them are very pretty. White Americans conquered this continent by making war on Native Americans. White Americans enslaved African-Americans and oppressed them with the whip and the gun. America has become "the most powerful nation on earth" by virtue of astronomical sums spent on sophisticated weaponry. We find violence wherever we turn in our own history.

Today that violence turns citizens against citizens. The latest mass shooting in Florida took place in a gay nightclub. On the same day police arrested a man, heavily armed, who was planning to disrupt a gay pride parade in California by shooting marchers. Violence against homosexuals has been encouraged in our country for a long time.

A significant number of voters are supporting Donald Trump whose message is largely a message of anger,  of the desire to hurt others, to injure them, to exclude them. Imagine what the country would be like if we were to deport 11 million of us, if 11 million were to be herded on buses, trains and airplanes. Imagine the families disrupted, the children and parents lost and in despair. Nevertheless many Americans resonate to the spirit of that plan. They too are very angry, they too want to hurt someone.
But they are very unclear about the sources of their anger and thus are willing to unload it on people they don't know--Mexicans, immigrants, Muslims.

Our nation is sick. Those of us who do not support Trump have nothing to offer the people who do, to ease their rage, to offer comfort or hope. Obama got elected eight years ago with the slogan of "Hope." He was unable to deliver on that if only because one person cannot give hope to an entire nation and only the nation as a whole can heal its own despair. And that despair takes many forms. One can support a very angry candidate for president. One can arm oneself and shoot people one loves. One can also buy guns and shoot a former girlfriend or wife, or kill one's children.

After the shooting in Orlando, some public officials exhorted citizens to love each other. But that is extremely difficult for those who feel  denigrated, exploited and, worst of all, ignored.

Making America great again would be to foster mutual trust that would not dream of arming oneself against one's neighbors. It would mean making us eager to work with each other to solve our problems rather than spending so much energy in obstructing each other. It would mean rekindling hope for a better future.

How can Americans learn to love each other again? That is the question to which we have no answer.

Posted by richard_schmitt@charter.net at 10:55 AM No comments:

A Plea for Common Sense 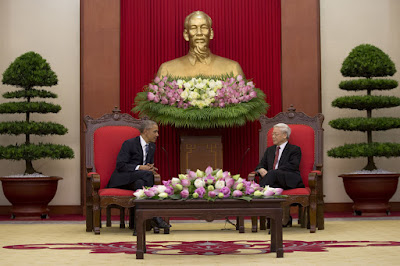 On his recent trip to Vietnam and Japan, Pres. Obama announced the founding of an American university, to be called "Fulbright University", in Vietnam. Bob Kerrey is  set to be its president.  Kerrey, was most recently the president of the New School in New York, previously a senator and governor of Nebraska. But as a young lieutenant during the Vietnam War he was involved in an incident in which he and the men under his command deliberately massacred more than 20 civilians, old people as well as children. Kerrey has admitted to being involved in this episode of murder of civilians. "I have been haunted by it for 32 years" he is quoted as saying by the newspaper.

Some Vietnamese have protested against his appointment on account of this episode of civilian murder. One can understand that. But during the 20 years of the Vietnam War, almost 600,000 Vietnamese civilians died. To this day there are hundred thousand Vietnamese seriously deformed by Agent Orange which we sprayed on the jungles in order to deny cover to the enemy. The United States has ravaged Vietnam in spectacular ways but it's government is willing to accept an American university.

It is genuinely puzzling to hear all the objections to Kerrey being the president but no one, apparently, objecting to the establishment of the university itself.

Kerrey's willingness to be the president is also not quite straightforward. The United States government put him in a position of murdering civilians, of killing innocents. But while he is "haunted" by that event he is perfectly happy to be the representative of the US government in Vietnam at the new University. We don't hear him complain about having been put in a position which compelled him to act really brutally.

Even more puzzling is the reaction of Pres. Obama to these controversies in Vietnam and, then, on his visit to Hiroshima in Japan where one small atomic bomb killed  140,000 civilians. Today there are close to 2000 survivors recognized by the Japanese government as suffering from radiation disease as a consequence of the atomic bomb attack.

Both wars claimed large numbers of victims but there is one important difference. The Japanese war was started by the Japanese, the Vietnam War was taken over by us from the French in 1955 and we fought it deliberately, doggedly for 20 years. One would have expected some recognition on the part of the President or of Bob Kerrey that the US was the aggressor in Vietnam.

The responsibility of the US for the injuries done to the Vietnamese and to their land are especially grave. Our leaders should finally acknowledge that in public. But the injuries we did to ourselves by involving ourselves in the war in Vietnam and, since then, in a series of other foreign wars also need to be acknowledged. Since World War II our foreign policy has been aggressive. We have not hesitated to use our military to attack and invade other countries. Without exceptions these adventures have ended badly.

In his speech in Hiroshima, Pres. Obama condemned war and especially war using atomic munitions. But we would have liked to hear him pledge that the US would end its history of aggressive war making. We attacked Vietnam and left it in a shambles from which the country still has not recovered. We attacked in Korea. We attacked in Afghanistan and Iraq. We sent Marines to Somalia. We are allies with aggressive war makers such as Israel and Saudi Arabia. Despite the fact that all these wars we started have become major debacles, that we failed in every case to reach all objectives--if we had any clear ones-- our president in Hiroshima was not willing to promise that we would no longer go to war unless clearly and unmistakably attacked from the outside, unless foreign troops in substantial numbers had invaded our country.

Seeing the terrible damage we have done abroad and the suffering we have inflicted on ourselves in the process, a declaration that we would not ever again wage aggressive war, that we would never start a war would only  be plain common sense.

We wish that Pres. Obama had displayed some of this plain common sense on his trip to Vietnam and Japan.

Posted by richard_schmitt@charter.net at 11:14 AM No comments: